I was seven when Star Wars came to theaters, and had already heard a lot about it being a sci-fi and horror junkie. Seeing the movie kicked all that to the next level, and probably secured my destiny to want to be a storyteller. I have very little knowledge of Star Wars beyond the first three movies. Really only a fan of the first two.

How did you cooperate with J. W. Rinzler, were there many restrictions by Lucasfilm and Dark Horse or could you decide mostly what you wanted to do?

Working with Jonathan was one of the best collaborations I’ve ever had! He was super knowledgeable having written The Making of Star Wars with George Lucas. After some initial feeling around, we fell into a groove and had nothing but passion and fun coming up with how things would look. Either Lucasfilm was very easy to please, or I’m just incredibly talented, because there was little push-back on my designs! The Star Wars is based on concepts by Ralph McQuarrie, Colin Cantwell and others. But you have created a big amount of never before seen items – which ones were the most fun, which ones were really difficult?

The most fun were the „re“interpretations of familiar characters like Leia, Luke, Han Solo, etc. since their concepts were so different. The hardest was the scope of what I wanted to do with the Wookies. I really wanted to show a culture and a spectrum of an entire species, but time was getting really short towards the end, and I had to be more expedient. There wasn’t a lot of room to embellish anyhow. Probably the pictures Dark Horse published in issue #0 were just a very small amount of the pictures you and the team drew for The Star Wars. How much more is there?

Not a whole lot. There are a few drawings that didn’t make it in there. For the sake of expediency since time was short, and because I use a lot of 3D software in making my comic pages, often 3D renders of 3D models where used to get approval for designs. A lot of those aren’t in the #0 mainly because Dark Horse used what they had, and didn’t want me spending time getting them more content when I needed to be laying into getting pages finished.

C3-PO looks like the women from Fritz Lang’s Metropolis, a lot reminds me of Flash Gordon kind of Science Fiction. Endor looks like Vietnam, the empire seems to be a mixture of Japan and Germany in the 1930s to 1945, so have you studied movies and TV footage from Nazi Germany for The Star Wars too?

I would say I didn’t have to study, because as a child Star Wars helped ignite my interest in everything that influenced it. I’m a huge student of culture and history, and became a fan of things like Flash Gordon after being introduced to them, mainly through Star Wars. I’ve been aware for decades of all the legends that spun out of Star Wars and what George’s motivations and influences where, so it was second nature to depict them in that fashion.

How did you draw, all digitally?

No, my black and white artwork for the pages is hand drawn in pen and ink. The incredible color by Rain Beredo is digital. I use a lot of 3D model software and photos I take of models I cast in the roles to aid me in my art.

You did a lot of covers. Was it a lot different drawing panels instead of one image on the front of a comic book?

I didn’t do any of the covers for this series. I was brought on late and there was no time if the book was to stay on schedule. The covers were wonderfully executed by Nick Runge.

Your Han Solo looks a lot like Swamp Thing, was that intended?

Apparently that was an early influence into how Han Solo might have looked and I thought it was too cool not to include!

Is there a chance to see the next part of The Star Wars: The Opuchi Saga as a comic? Or was that just some kind of joke? Was that in George Lucas original script? Is that the early title of The Empire Strikes Back?

That was not in George’s script. That was an invention of writer Jonathan Rinzler. I think it gave the vibe of the serialized storytelling that the first episode had, but we would never be able to actually execute it for several of reasons. Was it difficult to include technology like  light sabers, blasters and star ships in The Star Wars and make it believable? I think the comic looks much more like fantasy and a fairy tale than the original Star Wars trilogy.

For ships and vehicles I relied on 3D models mainly to keep the tech consistent from panel to panel. I did try to give things a more elegant flair ala Alex Raymond Flash Gordon or Moebius‘ sci-fi art, rather than the more „used“ hardware that made the film Star Wars most unique among sci-fi films.

Did you talk to George Lucas, and if so: what did you talk about? Actually the whole comic looks like a huge homage to Mr Lucas, I think.

I wish. George was going to be more involved originally, but then came the time when he backed off of all the Star Wars projects. Supposedly, Jonathan Rinzler did pass along all the art, and his non-response is to be considered approval.

Star Wars fans are very dedicated: Will they get action figures, video games, TV series and a big making-of book based on The Star Wars based on your work? Are there any plans to come to Germany so the people who liked The Star Wars can get their drawings of Annikin, Kane Starkiller and so on?

I would love that! I did a visit Germany as a guest of the Essen Toy Fair a while back, and I would love to return.

Are you involved in the new movie Star Wars: The Force Awakens? Have you been invited to the set?

Last question: You did a lot of work for Marvel Comics. Star Wars changes from Dark Horse back to Marvel, will there be new opportunities for you?

I haven’t heard from them yet, but I would be thrilled at the opportunity.

Thank you very much. May the force of others be with you. :-)

Thanks for contacting me! You can follow me on Twitter, Tumblr and Facebook for new art every day, and look for me to return to sci-fi comics in a big way in the next several months. 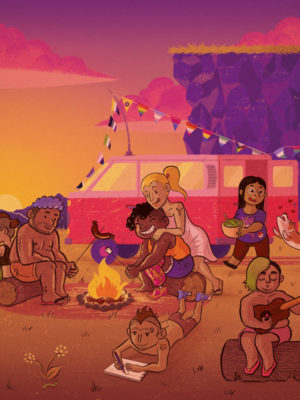